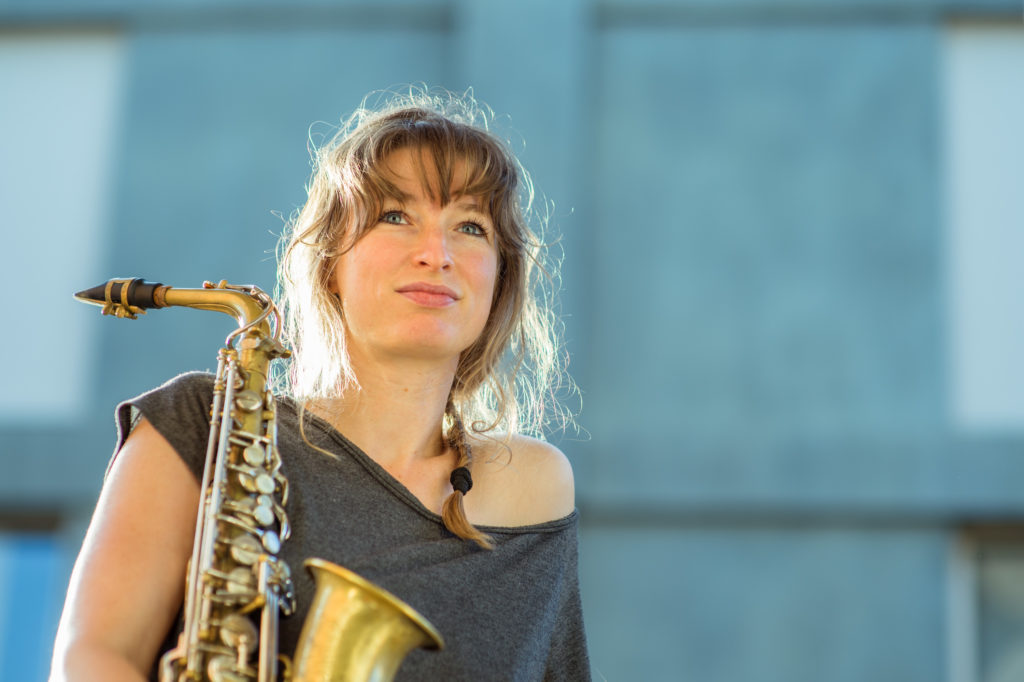 I like this autumn light. The leaves, as they blow past with the door open.

And so sounds blow around between the Orient and the Occident on Thursday, 3 October from 8 p.m. in the Lebewohlfabrik in Zurich. Premiere! I am already dreaming! I am standing on stage with the Egyptian oud player Nehad El Sayed, the Austrian bassist Philipp Moll and the Zurich percussionist Andi Pupato. Tickets can be reserved by phone at 044 382 16 23 or by e-mail at info@lebewohlfabrik.ch

On 4 October at 19.30 I will play a solo concert in the Stiftskirche in St. Arnual-Saarbrücken. Collection.

And on 6 October our new music festival starts with the first satellite event in the Pingusson-Bau in Saarbrücken. Admission free. Bring your friends, acquaintances and relatives! 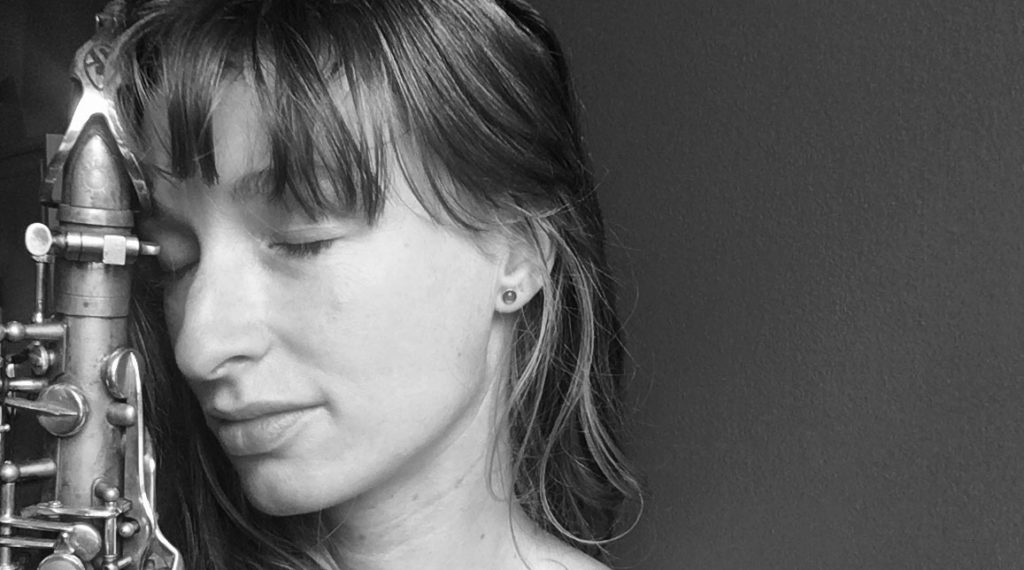 I’m in the Swiss mountains right now, dreaming. Nature inspires me, and so today on my birthday I let myself be inspired by my surroundings.

I cordially invite you to my next concerts. On 16 September I will play solo in the Johanneskirche in Zurich. It is a double concert with guitarist Mareille Merck, who plays the first set at 8 pm. My solo starts at 21 o’clock. Tickets are available here.

A premiere will take place on 3 October. I play with my new band for the first time. Years ago I released my first CD with my Swiss band with the support of the Swiss radio SRF2. Now I have conjured up a new line-up. New compositions between Orient and Occident with the Egyptian oud player Nehad El Sayed, the Austrian bass player Philipp Moll and as guest at the percussion Andi Pupato in the Lebewohlfabrik in Zurich.

For all music fans in Saarland: On 4 October I will play in the wonderful Stiftskirche in St. Arnual-Saarbrücken. Admission: Kollekt.

And on 6 October our new music festival starts with the first satellite event in the Pingusson-Bau (former French embassy) in Saarbrücken. At 5 p.m. the doors open with music by tubist Jörgen Welander and vibraphonist Izabella Effenberg. And at 6 pm we will announce when the festival 2020 will take place and what it is called. Afterwards the first concert will take place with Bodek Janke (percussion) and Stephan Braun (cello). Sebastian Studnitzky and I will play together at the end. Admission free. Bring your friends, acquaintances and relatives! 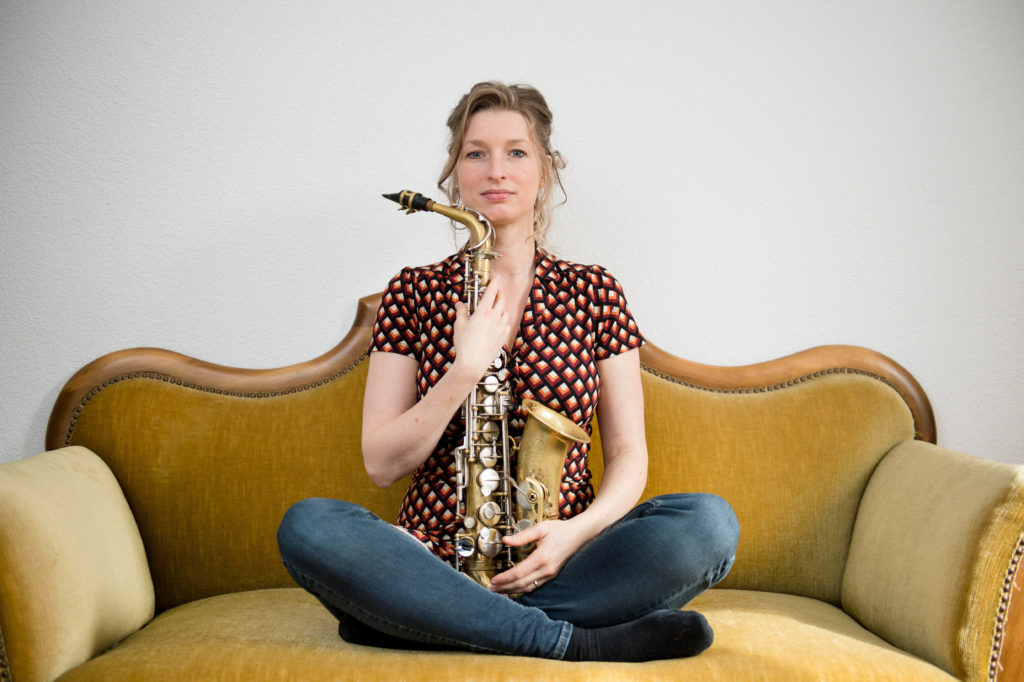 My first solo CD is born! Today it is released on my label “Selmabird Records”. The music pieces are called starry sky, fog dress, awakening, silence eternity and joie de vivre. All recorded on 1 March 2019 in the Andreaskirche in Zurich. Here you can listen and order them: Nicole Johänntgen – Solo

I have already received the first press comments and you can find a review of my solo performance here: “No sound is too loud, none too quiet. Singing sounds can be heard that suggest stories. Long-lasting tones compete with each other. Melodic lines fight with energetic fields for the meaning of the musical landscapes of Nicole Johänntgen.” (Cosmo Scharmer/Jazz Fun, article in german)

I am currently working very intensively for the new music festival in Saarland. Now I can already tell you that the first satellite event will take place on Sunday, October 6, 2019, in the afternoon in Saarbrücken. Reserve the date! You will find out where and when in my next newsletter. I am looking forward to seeing you!

Now I wish you all a relaxed summer! 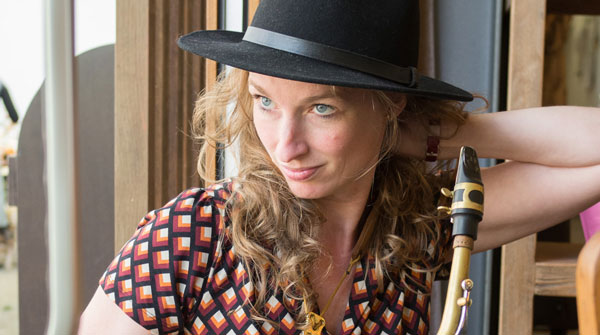 There has been a change of date for two concerts in Switzerland at the end of June. I cordially invite you to a 30-minute music journey with me and my saxophone on the following dates:

Since a few days I have a new video of my Swiss Henry Band. Have a look. We will play next Friday, June 28th at the Frauenstimmen-Festival in Brig.

I wish you a wonderful summer time! 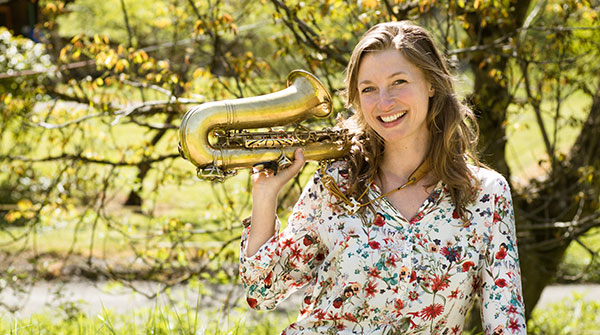 There’s big news. But first to my new work. My first solo CD is officially released in July on my label “Selmabird Records”. Already now you can order the CD from me. The new video of Nathan Beck can be found below. Here are two nice feedbacks:

A few months ago, the Ministry of Culture in Saarland announced a new music festival. Sebastian Studnitzky (X-Jazz Festival Berlin, trumpeter and keyboarder, among others from Mezzoforte) and I have applied for the artistic direction of the new music festival 2020. Last Wednesday the decision was made and we were chosen. Here is the television report in german: „Aktueller Bericht“ (spot 0:18)

In June I play a lot of concerts in different line-ups. I cordially invite you to join me.

I wish you a nice June and hope to see you again soon! 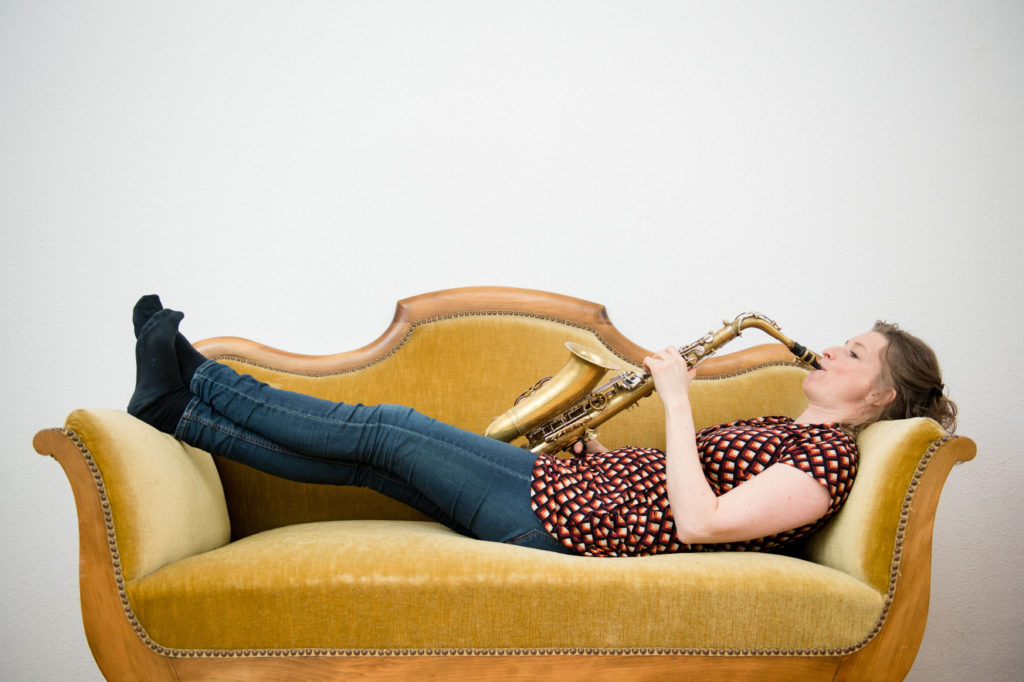 I am looking forward to the upcoming concerts, to which I cordially invite you. My new Solo-CD is ready for shipment. You can see the video of the CD here.

In the new issue of the newspaper Arttourist.com you will find me on the front page. Read it here.

From May on I will give further education courses in the areas of music business, self-management and music. I plan workshops in the mountains under the motto “Jazz and Nature”. The next saxophone course will take place on Saturday, May 11th at the Willisauer Musikatelier statt (Information available from me). Afterwards I play a solo concert in the catholic church at 16 o’clock.

I wish you a nice May and hope to see you again soon!

Greetings from my workroom. 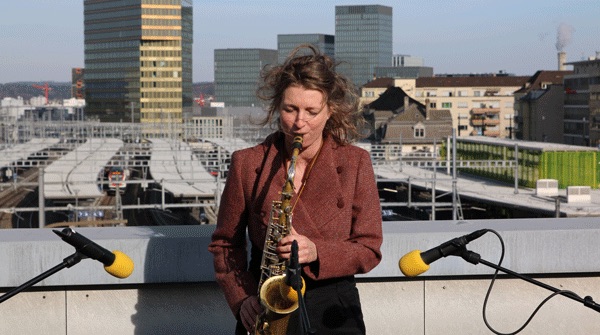 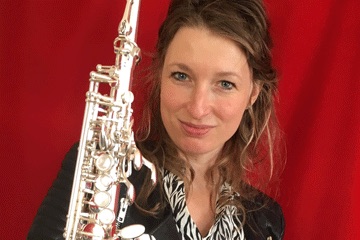 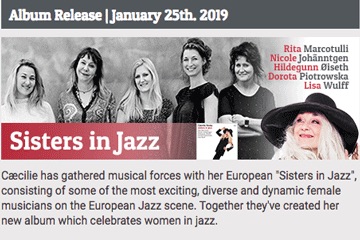 I would like to invite you to my CD release tour in October. My band comes from New Orleans and we present our new album “Henry II”. We play in Switzerland and Germany at great festivals and in beautiful jazz clubs. Here you can listen to the brandnew CD Henry II and watch the albumteaser. The new album you order directly here via e-mail or over my website.

And if you are spontaneous, I cordially invite you to come to the Ono in Bern next Sunday, October 7th. At the Festival Vignettes on Stage I present for the first time two new works with choir.

I like the autumn because of its colourfulness. I wish everyone a wonderful October and look forward to seeing you again! Perhaps on 18 October at the Zürcher Moods or on 28 October at the Saarbrücker Kunstwerk? 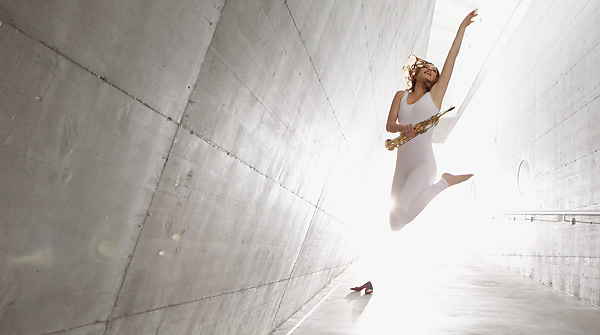 On the weekend I fly to Bulgaria to the “A to JazZ Festival” in Sofia. There I play a solo concert and introduce the “SOFIA – Support Of Female Improvising Artists” program. From now on you can see online the new documentation about the SOFIA workshops of March at the Zurich University of the Arts. Jonas Ruppen Productions was there live with the camera and put together a nice video with interviews. Take a look at it: SOFIA 2018.

Recently I played at the famous festival Jazz Baltica. The concerts and sessions were great. And the encounter with Jan Garbarek remains in my heart forever and ever. You will find our photo below.

Coincidence or not? I spend many hours in my air-raid shelter practicing technique, evergreens and improvisation. One afternoon I transcribe Joshua Redman’s music and just this afternoon I receive the request to perform at the Langnau Jazznights in front of Joshua Redman and Billy Hart with my „Henry“-program to perform. The concert will take place on Thursday, July 26. And shortly afterwards I was invited to play with “Henry” at the “Festival da Jazz” in St. Moritz on Sunday, 15 July.

2018 is a special year. Because my band NICOLE JO – with my brother and keyboard player Stefan Johänntgen, bass player Philipp Rehm and drummer Elmar Federkeil – is celebrating its 20th anniversary. For this purpose, our new CD „20“ was born. Our next performance will be on July 20th at the French festival “moZ’aïque” in Le Havre.

Recently I was with wonderful musicians in the studio “Villige Recording” in Copenhagen. I can’t wait to hear the music, because the recordings for a new album with compositions by well-known female musicians were already a delight. On the CD Cæcilie Norby (vocals/DK) and Rita Marcotulli (piano/IT), Hildegunn Øiseth (trumpet, goat horn/NO), Lisa Wulff (bass/D) and Dorota Piotrowska (drums/D) play. The album will be released in 2019 on the label ACT.

I am currently working on two new compositions for tuba, saxophone and choir. This is a commissioned work, and the world premiere will take place on 7 October in Berne at the “Vignettes on stage” festival.

I hope to see you soon!

I wish you a relaxing summer with lots of good music! 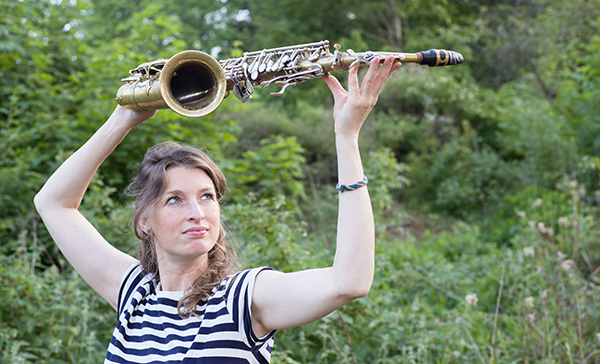 I would like to invite you to my June concerts in Denmark, Germany and Switzerland. I look forward to the adventures with “Sisters in Jazz” and with the “Jazz Baltica Bigband”. At the end of June I will be part of the inspiring singing project “Zürich singt”.

Below you can find a nice video of my band NICOLE JO’s concert in Salzwedel. And from the performance with “Henry” at the festival “Jazz sous les pommiers” there was a feature on French television France 3.

I wish you all beautiful June days, and let yourself be enchanted by the music!